My love of video games started early, when I would watch my older brother play for a few hours at a time, who was an entertainment of his own with snarky running commentary and priceless reactions. Once, he nearly toppled out of his chair with surprise when his character opened a chest and a spider jumped out at his face. Remembering it now still makes me smile.

While my time for playing games has diminished significantly over the years, I still pick one up from time to time and sneak in some adventuring. I’ve played some great games, such as Journey, Uncharted, and the bizarre quirk that is Katamari, but lately I’ve had one on my mind that I wanted to write about. Last fall, I played Dragon Age: Inquisition from Bioware, which won the Game of the Year. It was such an engrossing experience to play, and I thought I might try to capture some of that sparkle with words. I don’t say this lightly, but I think it’s the best game I’ve ever played.

When I started playing Inquisition, I knew that I would be in for an adventure. And by that, I mean all of it—the character customization, the high-quality graphics, and gaming experience, on top of the story itself and the world. Having never played a game on the PS4 or any of the other Dragon Age games before, I had a steep learning curve. But that was fine with me.

For a change, I could play a character who was as lost as I was. 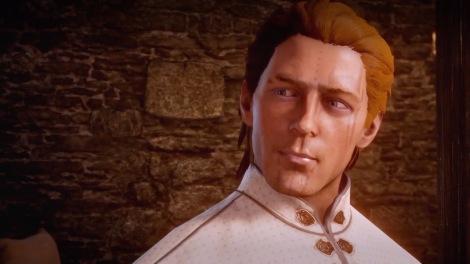 Meet Rory, a nobleman from House Trevelyan in the Free Marches. He didn’t know that he was about to be a protagonist when he went to the Chantry conclave to attend a peace talk between the two rival factions that split the world, the Templars and the mages. He also didn’t know much about the Chantry, what makes the mages apostates, and why the Templars hate them so much. But that was okay, because he started off with some pretty serious amnesia due to a terrific explosion at the conclave and a brief trip to the Fade, a sort of parallel dimension filled with demons.

Rory made it back into the world, nearly dead and with a mysterious glowing mark on his hand. When some of the survivors from the conclave saved him, some thought he was responsible for the disaster, but others were convinced that he could do something about the enormous tear in the sky. And from the there, the story begins. 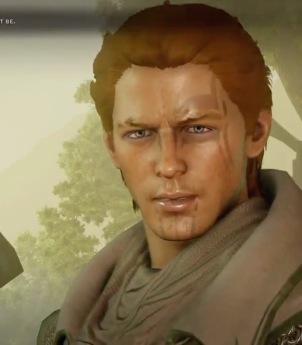 One of the remarkable features of Inquisition is that the player gets to choose not only the tiniest details of physical appearance, but also the personality of the main character. Through hundreds of dialogue options, the player chooses how to navigate this complex world and relationships with other characters. And how you present yourself, just as in the real world, affects what other people think of you and how they react to you. You are also asked to make choices that have serious consequences and live with them as they play out over the course of the game. Because of this, every player’s game is unique. I was astounded at the level of writing that allowed this kind of game to exist.

If I had to describe what I liked best about this game, I would tell you that it feels like a story that you tell to yourself. Even though I had created every part of Rory and decided how he should act and speak, I was surprised by the turns of the story. I found myself truly caring what happened to him, cheering for him when things went well and drooping a little when things took a bad turn. This was a unique experience for me. While I can get invested in what happens to characters in games, the player is usually asked to guide the character through events that they have no control over. That kind of storytelling is often engaging and fascinating, but not nearly as personal to the player. In Inquisition, your choices guide everything. If you want to support the mages, members of your party who are either former Templars or associated with the Chantry will disapprove. If you listen to Solas’ lectures or hunt dragons with Iron Bull, you can make some friends. If you spend the time, you can fall in love. It’s up to you. 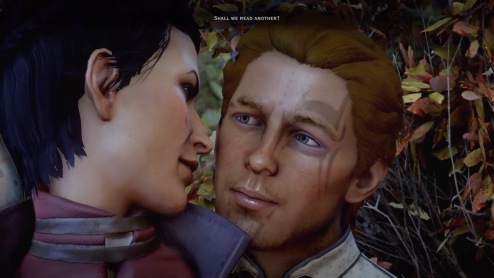 Rory was an experimental character. When my sister and I started the game, we decided that we would design a character that was totally different from our norm, probably a female elven archer or mage. So we made a human warrior, specializing in a bulky two-handed weapon, with tattoos on his face. We played (perhaps a little too much) with eye color and other highlights (some of which weren’t visible until certain cutscenes, like what looked like a glowing lipgloss, oops), and named him Rory. This name’s a bit of inside joke with my sister and I. We started using it when we played a few games where the protagonist is a little helpless, a little lost, and probably willing to put up with far more than your average person, like the namesake in Dr. Who. We often use it as a go-to for games that always ask for a name but never use it. But with Inquisition, the name finally found a home. And we made a pact with ourselves—we wouldn’t look up any walk-throughs. We’d play it like real life, without knowing what we getting in for and living with the consequences, no matter what happened. 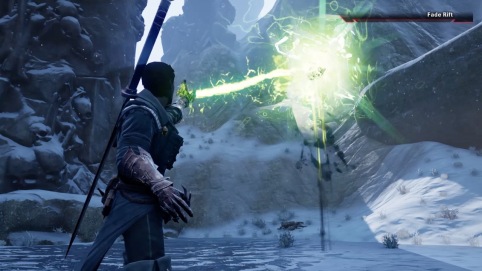 Rory became the kind of hero that I’ve always wanted to read about. He started off a little clueless, more than a little confused, but well-meaning, earnest, and capable. He stepped into a role that he would have never chosen for himself but the people chose for him: the Herald of Andraste. Unsure of whether or not he was truly saved by the lengendary saint Andraste, he was hesitant to claim a divine mandate, assuring those who might have feared him that he would only try to help the new force trying to stabilize and unite the land again, the Inquisition.

After causing an avalanche to help fend off an old evil, Corypheus, and buy time for the Inquisition forces and local villagers to escape, Rory’s story nearly came to an end there.

Things are looking a little bleak.

Barely able to return to the camp, he found the advisors in disarray and the people dispirited. But at that moment, they were reminded that there is always light in the darkness and no strength without testing.

The Inquisition moved to Skyhold, an abandoned fortress that was slowly transformed into a home and base.

There, Rory was called to become the Inquisitor to lead the troops and step into the most powerful position.

With determination and battle, the Inquisition rose from a fledgling, upstart army to the most respected and significant force in the land. (It also justified the number of questions we asked—the job description’s in the name, right?)

Rory wasn’t good at everything at first. The game left us free to make choices our way. To flirt badly with Cassandra.

To have scrapes with the spymaster, Leliana, who didn’t have the same conviction that killing people wasn’t always the right answer.

To have people consider Rory weak or naïve when he would stand on his ideals.

And even when Rory had been around the block a few times, a seasoned warrior with the ability to seal the Fade rifts scattered across the country and kill the demons escaping from them, he still had problems. At a posh ball, Rory had to navigate the ridiculous world of politics and court as a representative of the Inquisition, earning or losing reputation with his choices. The first two conversations we had with nobles dropped our court favor dramatically, and we learned the hard way that the qualities that made Rory so likeable to us made him terrible at schmoozing. But Rory learned fast, and by the end of the night, he was the toast of the ball, waltzing with the Countess.

But in the midst of all the quests and enemies to fight, there were moments that were surprisingly human and emotional, where Rory could choose to become involved with his companions, not as a leader but a friend. Sometimes it turned out well, like encouraging Cullen to break his addiction to lyrium and become his own man again.

Some days were better than others.

Other times, it didn’t turn out so well, like when one of the companions admitted that he lied about his identity and turned himself in for a horrible crime that he had never owned up to before. 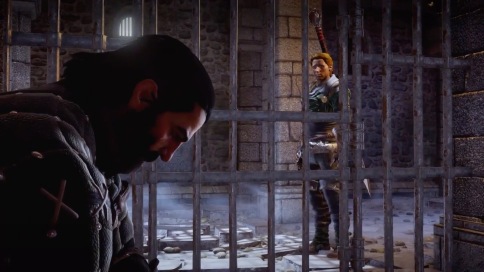 It’s not perfect. Certainly not. Even at an easier level, leveling up characters enough to not be roasted by every enemy encounter in the early phase of the game is difficult. The story’s conclusion was underwhelming compared to our hero’s beginning (I’ll save my soapbox about DLCs for another day). Clothing problems like hair showing through a hat or pauldrons disappearing into a character’s neck when their arms were raised were a little too noticeable at times. A dialogue glitch with one of our companions caused us to make nearly a mortal enemy of her by accident. The romance we pursued was ultimately unimportant to the story, and above all, not well-written to its conclusion. Even if it was not written with a female player in mind, it was disappointing to see that the “victory” of the romance sidequest was the conquest of Cassandra. It didn’t fit the personality of the Inquisitor that we had designed, so it felt like one of the major parts of the game that took control away. But even with these complaints, among others, Inquisition takes a bold step into the future possibilities of video games, offering a story that immerses you in the world of the game if you let it, and lets you tell the story. Perhaps it is not what every game should be, but it is certainly an exciting new form of storytelling.

Inquisition will probably always have a place on my shelf, a reminder of the enthralling adventures of a warrior who just wanted to do his best and made “I hope so” the watchwords of the Inquisition. What can I say? Nothing appeals to me like changing the world with light and hope.

And a bit of awesomeness. 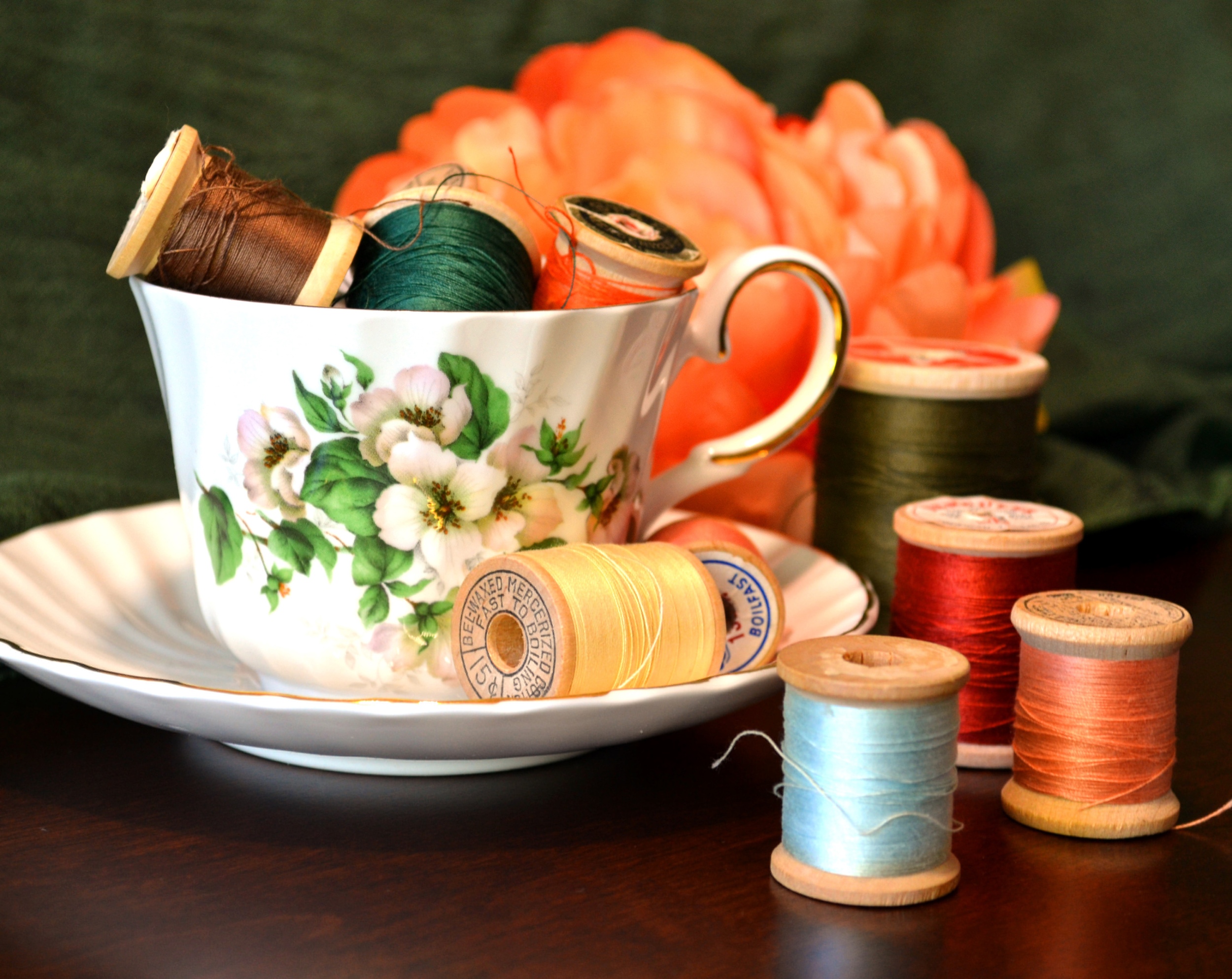 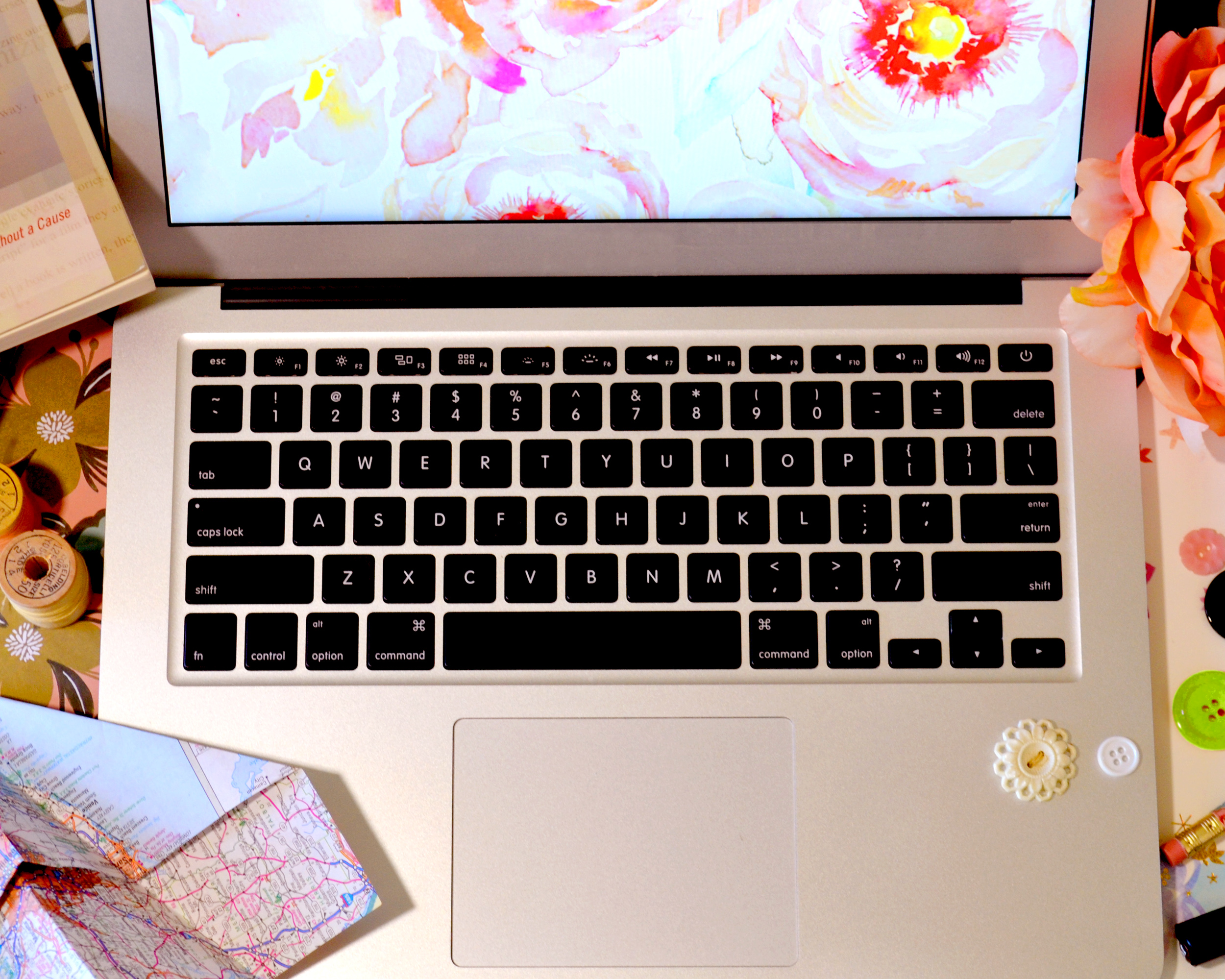